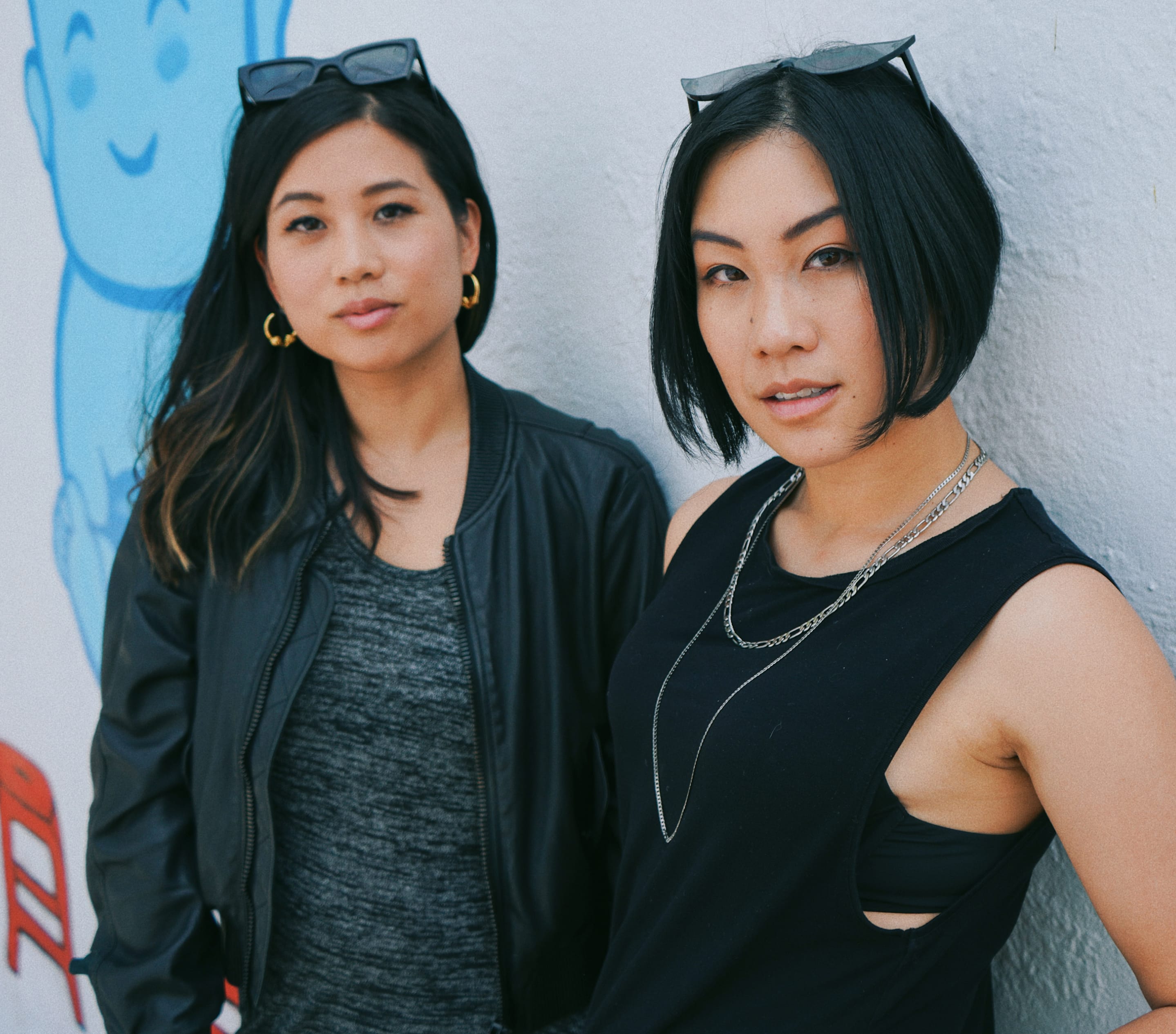 If roughly six out of every 10 people—nearly 8 million—live in Asia, you might find yourself wondering why that vast majority isn’t represented in the world’s music scene. It’s a very fair question, and one that Allyson Toy and Cathleen Cher address on every episode of “LIONS SHARE.”

“Where are all the Asian artists?” is, more candidly, what the two music industry vets dig into on their show, while also letting the amazing music they feature, from Asia and the Asian diaspora, do some of the talking. There’s no shortage of underheard songs and stories behind them for the duo to share; after all, the show is about the lion’s share of the world’s population. 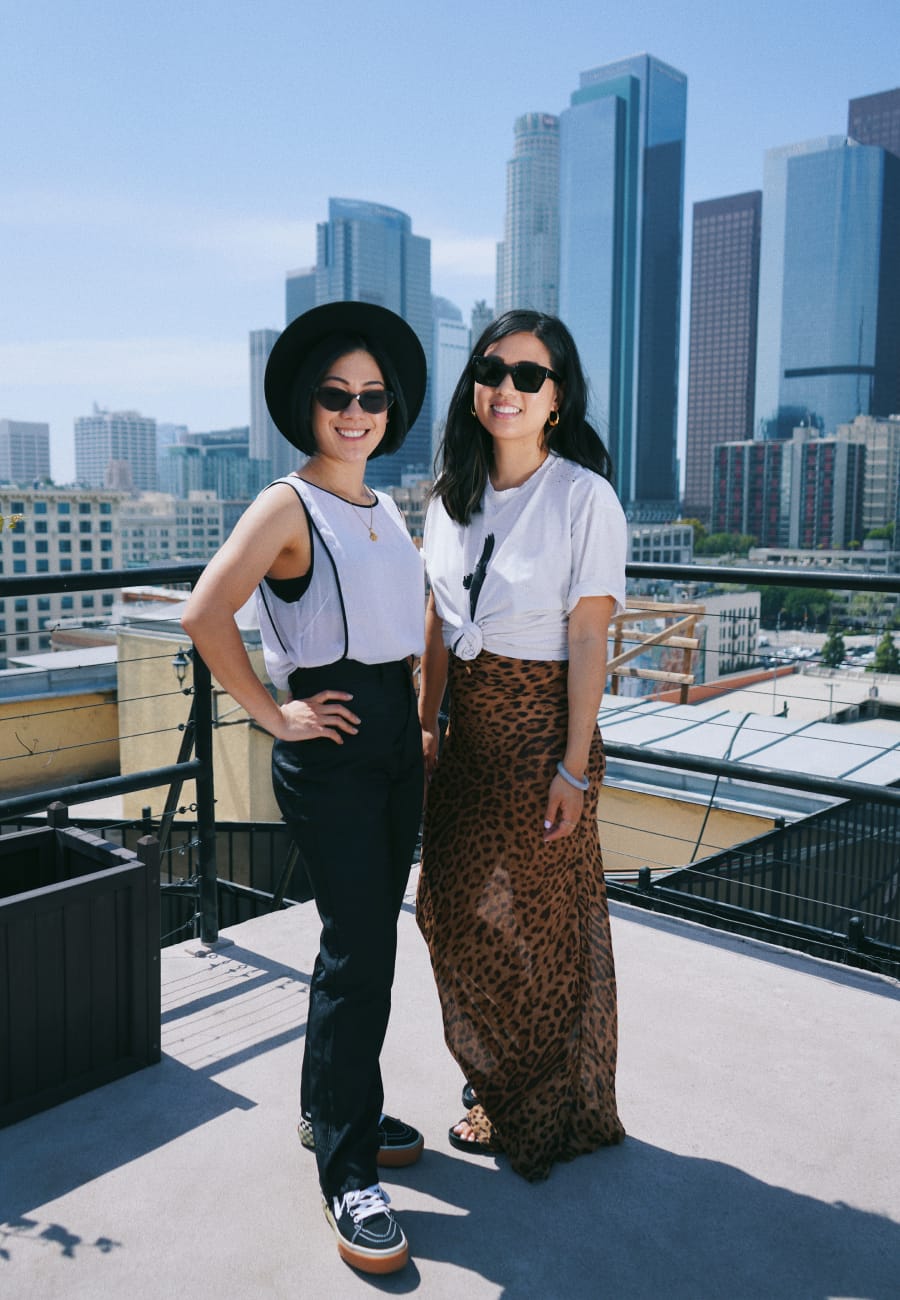 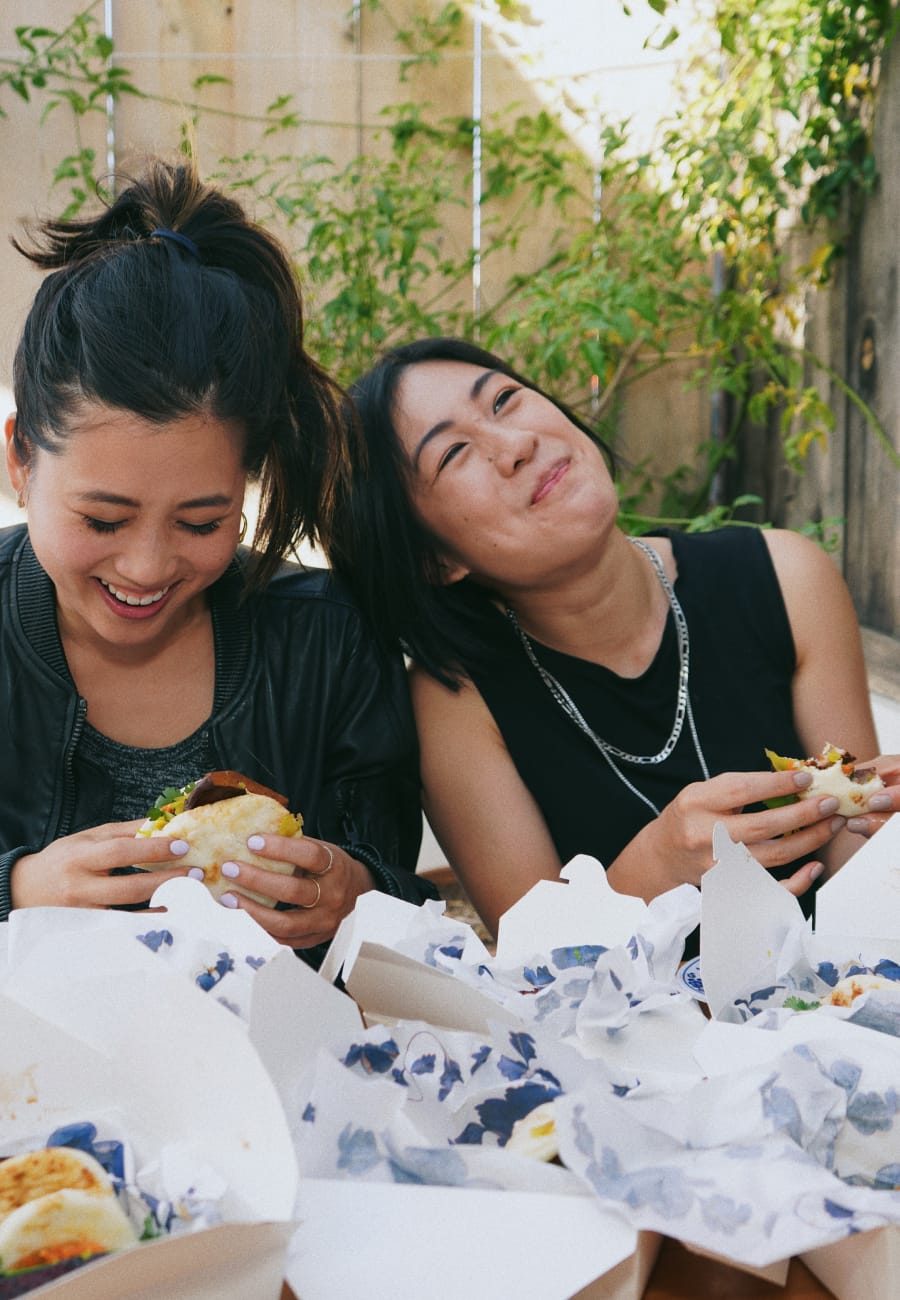 Hey there! We’re Allyson Toy and Cathleen Cher, two music industry professionals, DJs, and longtime music lovers. You can find us at @tigermom.toy and @cafleen on Instagram. We founded “LIONS SHARE” in 2020 and you can find us on Instagram at @lionsshare.world.

What's your show about?

“LIONS SHARE” is about discovering and sharing amazing music and stories from Asia and the Asian diaspora. Sixty percent of the world is Asian—the lion’s share of the world—yet we are still a small minority on music’s global stage. We started “LIONS SHARE” to try and change that. Using Anchor’s Music + Talk format, each weekly episode features five songs and commentary sharing artists’ backstories and context. Our biweekly Hot Imports series features new songs by emerging artists, and all other episodes are themed with a special guest artist or expert. Think “Asian Frontwomen in Rock” or “K-Pop 101.”

How is your show different from other things you’ve produced and what motivated you to start it?

Between us two, we’ve produced a lot of content in our days. Bespoke events for Frank Ocean, music videos for Megan Thee Stallion, Solange’s infamous Guggenheim performance. As glamorous as that [all] was, it didn’t have the same gratifying feeling of uplifting our community or supporting emerging artists on their way up. Getting discovered as an artist is hard, and often even harder for Asians seeking validation from an industry that hasn’t always welcomed us. With “LIONS SHARE,” we hope to create another outlet for that discovery, education, and storytelling. 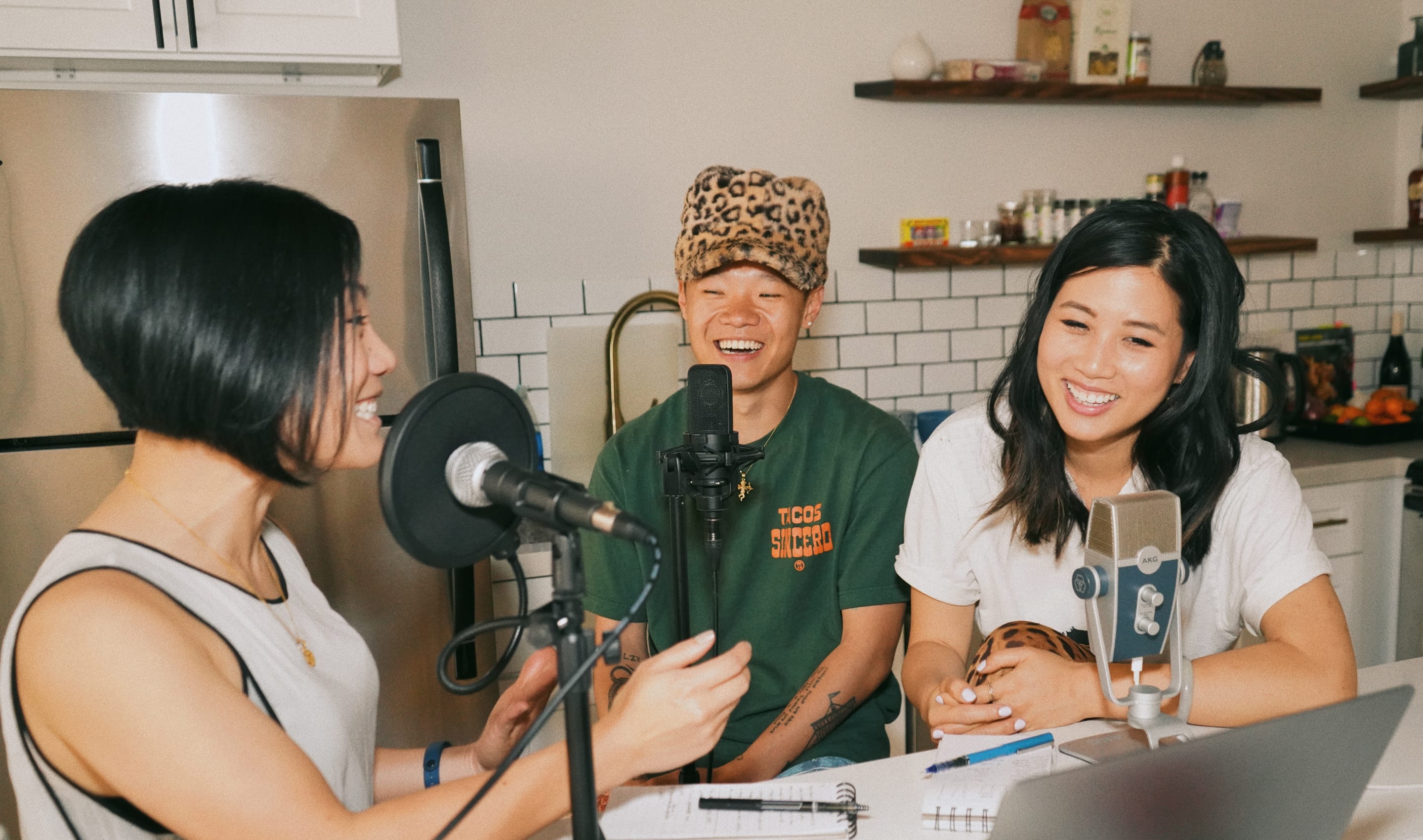 What was your thought process when choosing your show’s format?

In today’s digital world, music and artists’ stories often live scattered across social media, music editorial, and more. We wanted a format that’d let artists’ music shine alongside their stories, which humanizes and deepens our ability to connect with them. Music + Talk was perfect for us.

How do you select which songs to include in each episode?

Through a ton of research, consideration, and crowdsourcing! In our biweekly music discovery series Hot Imports, we lean a lot on our growing community on Instagram and Discord who recommend new music to us every day. Each time one of our listeners shares “LIONS SHARE” on their story tagging an artist we should feature, we really try to listen each time. For our themed episodes, we rely more on our special guest experts to choose the songs and work with us to craft a narrative that helps tell the story they want to share.

What kind of research goes into making a show like this?

As we do our research, we really try to get a well-rounded understanding of each artist by scouring their press and interviews, social media, and past work. It’s important to us that we’re representing artists accurately, so we often reach out to the artists and their teams themselves to fact-check or get ahead of new releases.

How do you choose what parts of your show to edit or publish organically?

Before we record each episode, we do a lot of planning and research that helps us hone in on a narrative and the important points we want to get across. Setting a clear intention prior to recording makes it easier to pare down and edit afterwards. At recording time, sometimes our conversations uncover things we haven’t planned for, and we generally like to share those ‘lightbulb’ moments where we get to learn and discover along with our listeners. 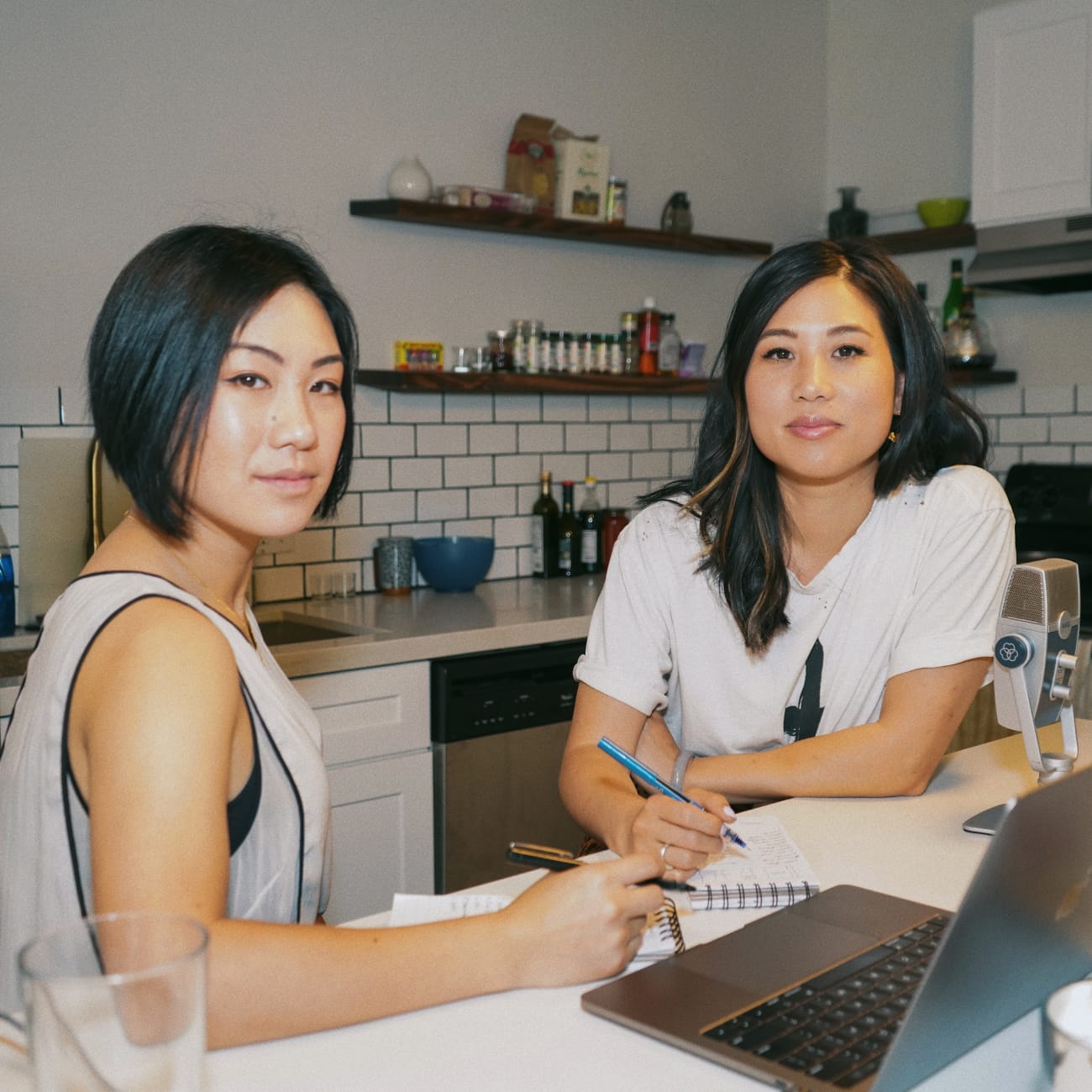 What audiences are you trying to reach with your show?

“LIONS SHARE” is for everyone who loves music and learning about the artists that make it. The listener we keep top of mind is one similar to ourselves: the folks who are passionate about Asian culture and music looking for a one-stop shop to discover and deepen their understanding of it all. Many of our listeners are also our music industry peers, so we love to share some of the hard-to-find insights into the Asian music space we’ve developed firsthand over the years.

What do you hope your listeners will take away from it?

Besides great new music, what we hope our listeners will take away from “LIONS SHARE” is pride in the fact that Asian artists and creatives are no longer an exception. We are part of the norm and have a seat at the table. Our voices and creative contributions to the world matter. Our experiences and our origin stories are rich and varied. And we don’t have to all be the same to celebrate what makes each of us unique and different. 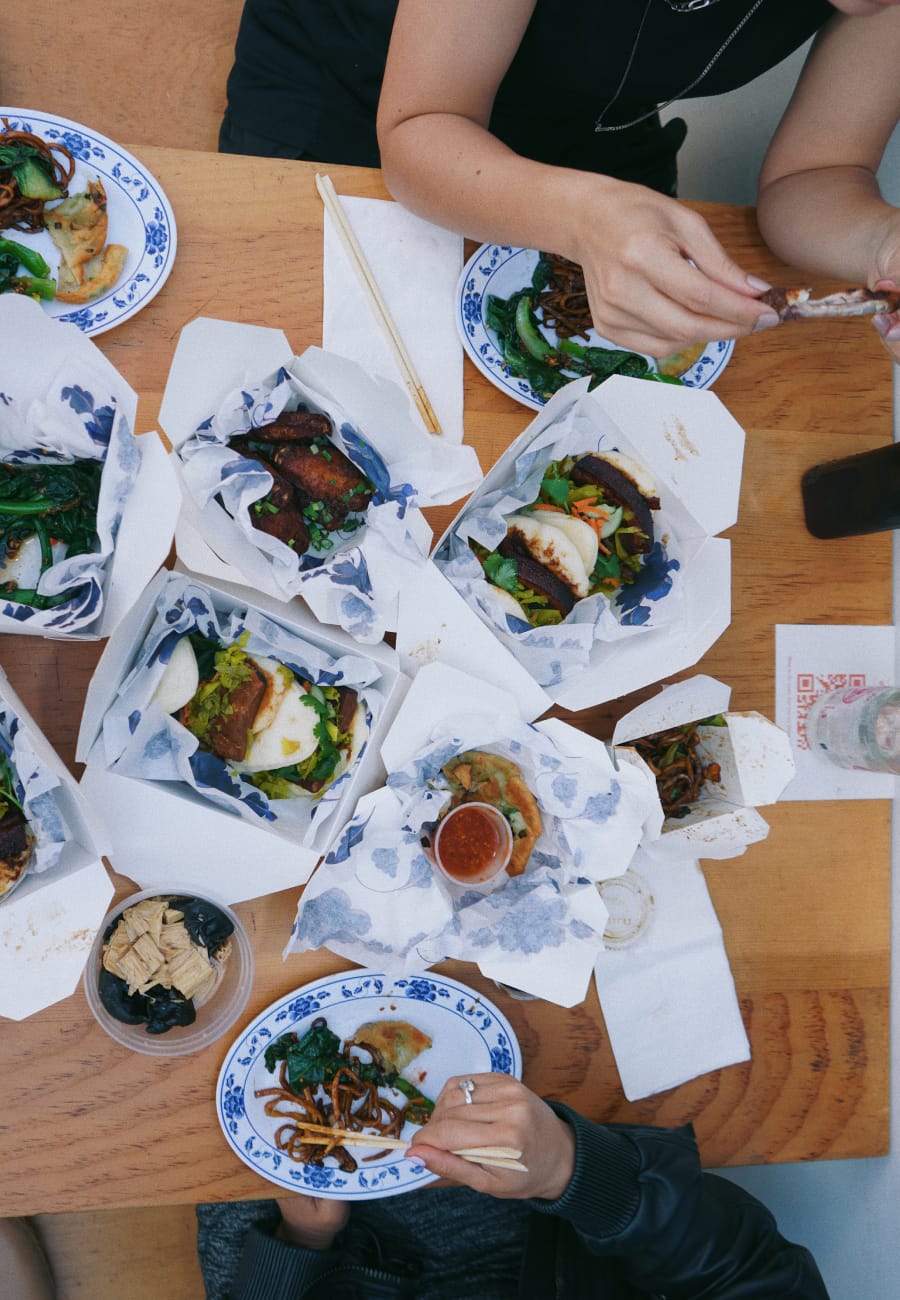 What are some creative ways that you’ve promoted your show?

While some would debate whether this is truly “promotion,” our secret weapon as “LIONS SHARE” is building and nurturing our community of artists and listeners on Discord. Music is meant to be shared (it’s why we have festivals and shows!), so we created a space for our likeminded listeners to do that. A good chunk of the music that ends up in “LIONS SHARE” comes from our community on Discord, and it feels great to give our listeners a sense of ownership in what we do. We also discuss what’s important to our community beyond music like news and current events, jobs, and networking for creatives, food, wellness and memes. So many memes. Join us at discord.gg/lionsshare! 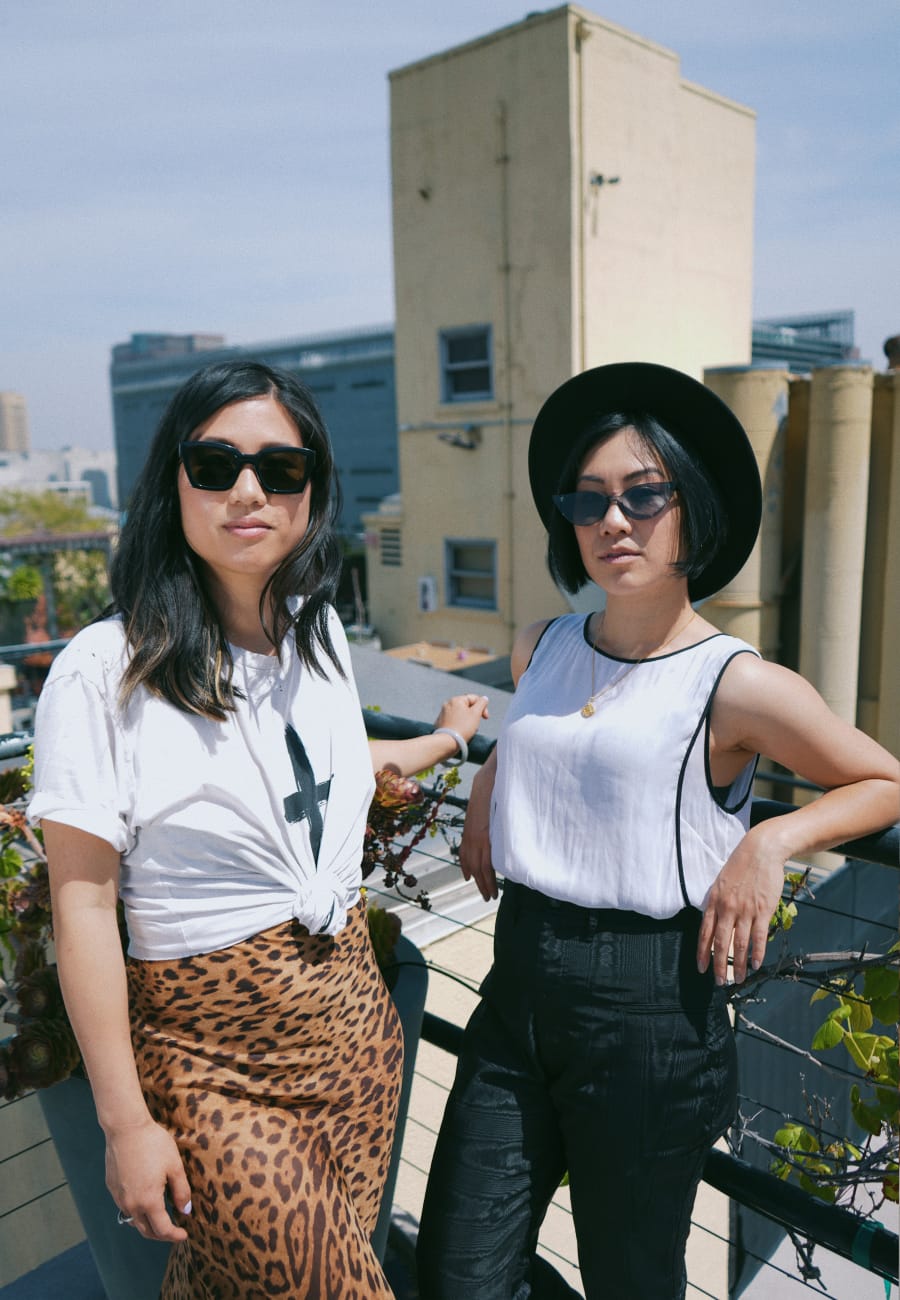 "Besides great new music, what we hope our listeners will take away from 'LIONS SHARE' is pride in the fact that Asian artists and creatives are no longer an exception." 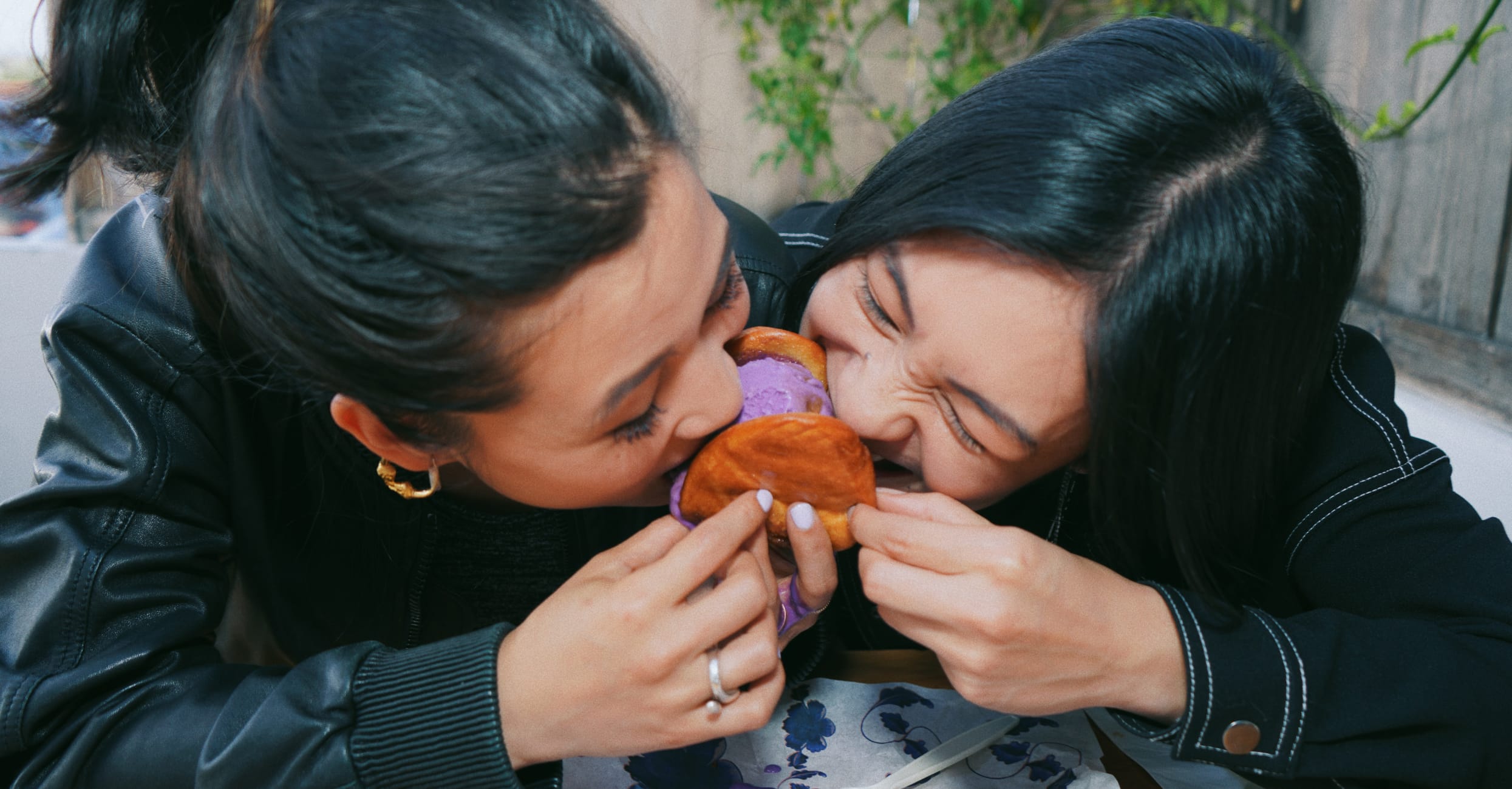 Do you have any advice for people who want to create a Music + Talk show?

Our advice to anyone interested in creating a Music + Talk show is to lean into the music and topics you feel most passionate about. Be respectful of the artists whose work you feature by researching diligently, but don’t just stick to the facts. By sharing personal anecdotes, reactions, and our own opinions on the music, it makes the experience feel more personal and relatable. Don’t be afraid to share how the music moves you!

What are you most looking forward to as you think about the future of the show?

What we look forward to most is growing our community so we can be an even bigger and more impactful megaphone for Asian artists. As our community scales, we’ll receive and amplify even more artists and maybe even hear about them earlier on. There are a lot of biases in traditional channels of music discovery that simply do not favor Asians or unsigned artists. At the heart of “LIONS SHARE” is a desire to democratize that discovery—to be seen, heard, and appreciated for who we are, on our own terms. 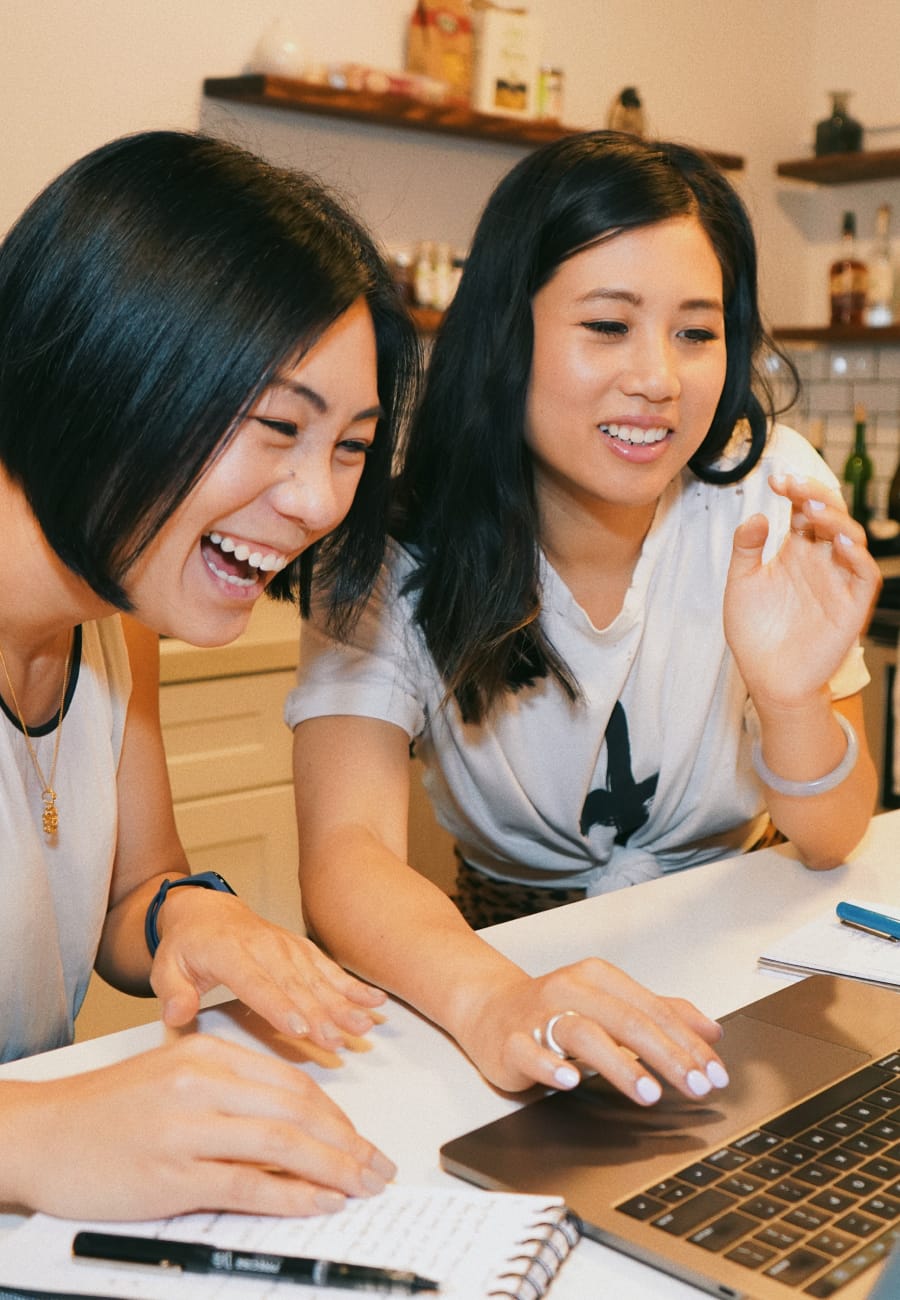 The opinions expressed above are those of the interviewees and not Anchor or Spotify. 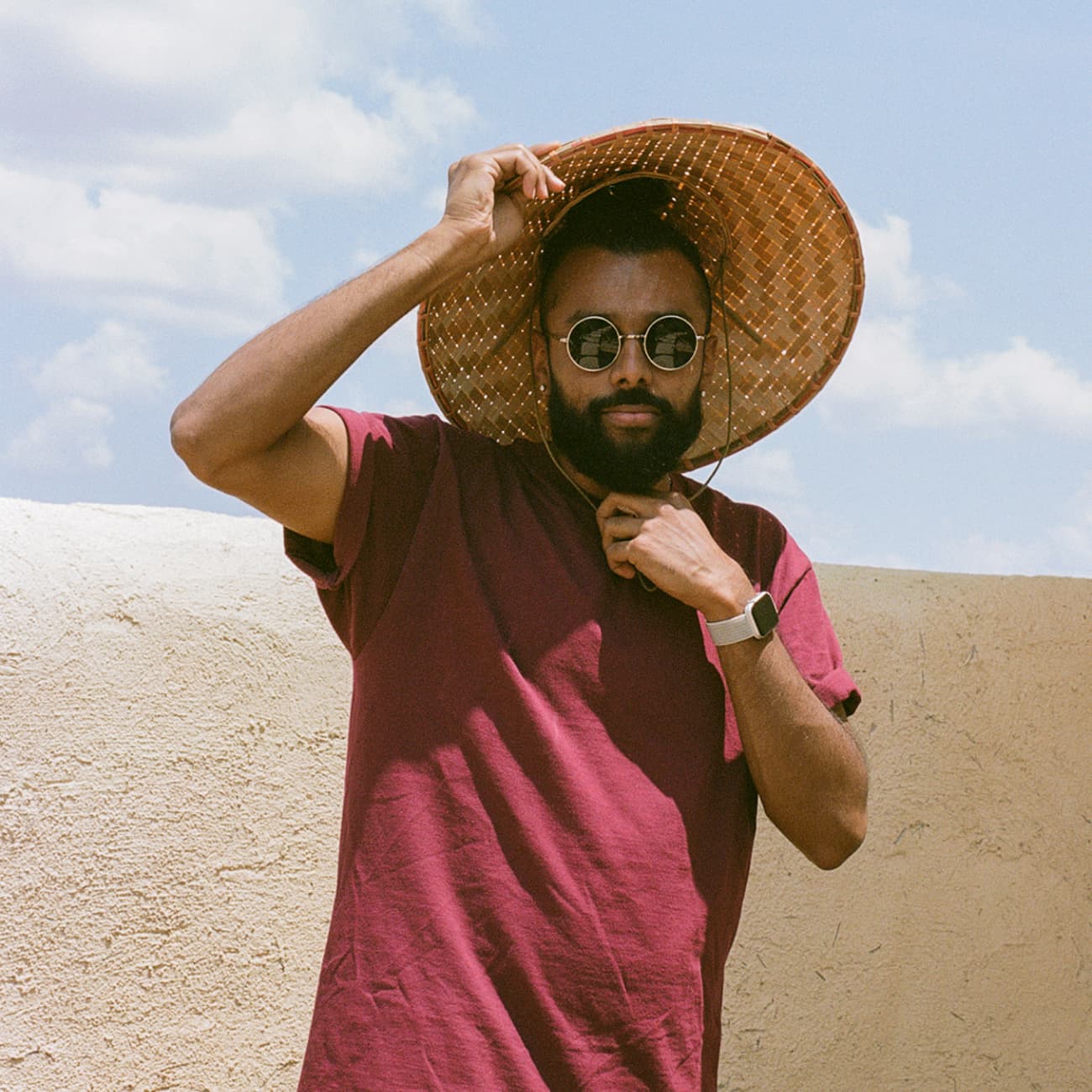 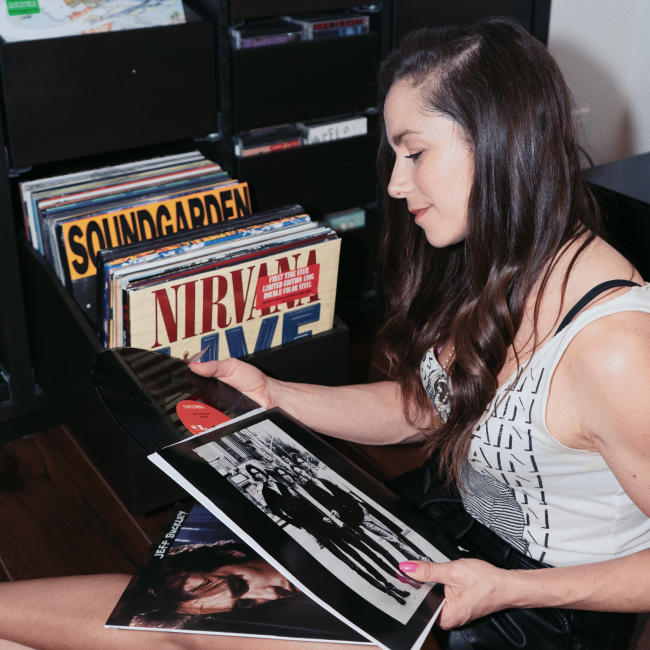 Rock This with Allison Hagendorf 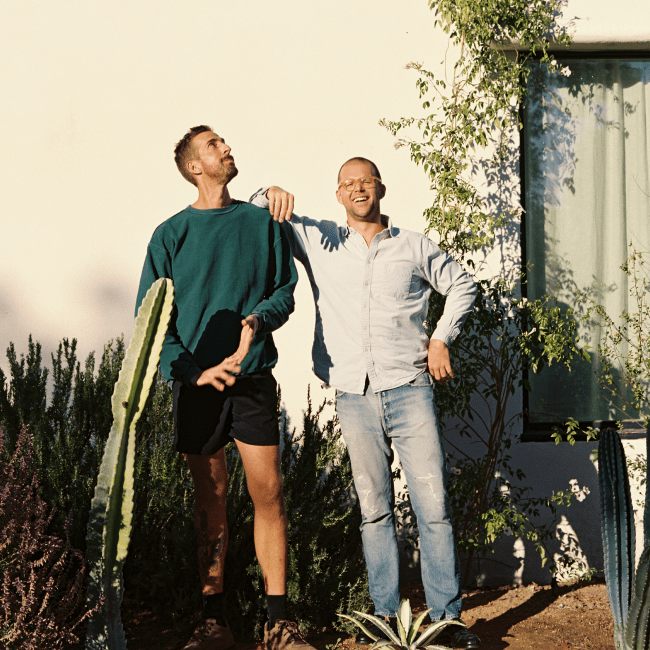 Get to know Anchor creators whose shows are thriving at the intersection of music and talk on Spotify. Learn more about their creative process and journey.
2022 © Spotify AB
CareersLegalHelp